How Many Volts are Needed to Power an LED? 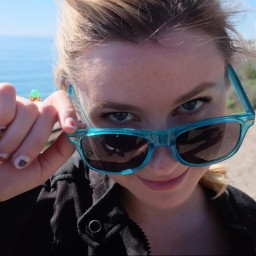 You know those numbers on your digital clock? Those are LEDs. The light on your watch, the power light on your stove, traffic lights, jumbo TVs and more? All LEDs.

A light-emitting diode, or LED, is an energy-efficient light source. They are small, they don’t have a filament, and they don’t get especially hot. They are also a simple enough device to include in beginner electronics projects. That’s why we included them in our classroom kits and programs!

One question that people who are new to circuits usually ask is, “how many volts are needed to power an LED?”

“It’s usually between 2 and 3 volts and it depends on the color and type of LED”, says MIT Electrical Engineer grad, Luz Rivas.

Luz said that you need to look it up the voltage to know for sure. Well, guess what? We did that for you! Note that these are averages and there is slight variation depending on the manufacturer, so please check for exact values.

Chart To Find Voltage For Your LED

Fun Fact: The energy released when hooking an LED to a battery is in the form of light, and at a constant wave-length that dictates the color of an LED.

How To Choose A Resistor For Your LED

Resistors limit the current, which will keep the LED from burning out. To calculate the correct current limiting resistor, first find the forward current and voltage in the data-sheet above.

The Evil Mad Scientists explain How To Pick Resistors for LEDs and included this handy chart.

Fun Fact: On October 7, 2014, the Nobel Prize in Physics was awarded to Isamu Akasaki, Hiroshi Amano and Shuji Nakamura for “the invention of efficient blue light-emitting diodes which has enabled bright and energy-saving white light sources” or, less formally, LED lamps. In future, blue LEDs are likely to find uses in portable devices that can disinfect or sterilize water, and perhaps in computer memories that use light instead of electricity to store data!