Five STEAM Books You May Have Never Heard Of 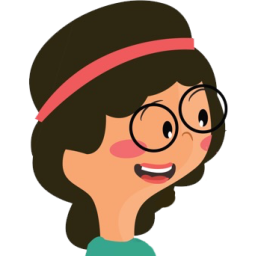 Here are five books that you may not have previously considered that incorporate real-world ideas and stories with various aspects of STEAM.

To kick things off, we were excited to discover this fun book that incorporates science and sports. The Book of Wildly Spectacular Sports Science: All-Star Experiments. The book covers popular questions like does LeBron James really float through the air on the way to a dunk? Use a tennis ball, a paperback book, and the help of a friend to understand the science of momentum and the real meaning of hang time. Using common household objects, each project includes step-by-step instructions, tips, and a detailed explanation of how and why the experiment worked.​

The Wright Brothers Nose-Diving into History (Epic Fails #1) is a hilarious nonfiction look at two of history's most epic "failures": the Wright brothers, whose countless crashes ultimately led to groundbreaking success.

Stiff: Curious Lives of Human Cadavers Stiff is an oddly compelling, often hilarious exploration of the strange lives of our bodies postmortem. For two thousand years, cadavers―some willingly, some unwittingly―have been involved in science's boldest strides and weirdest undertakings. In this fascinating account, Mary Roach visits the good deeds of cadavers over the centuries and tells the engrossing story of our bodies when we are no longer with them.

From the creator of Far Side, There's A Hair In My Dirt! A Worm's Story is a twisted take on the difference between our idealized view of Nature and the sometimes cold, hard reality of life for the birds and the bees and the worms (not to mention our own species).

How We Got To Now: Six Innovations That Made the Modern World explores the fascinating and interconnected stories of innovations--like clean drinking water and electricity--that changed the way people live.

Julie B. does a bit of everything at KitHub, but her top priority is to ensure customers have an excellent experience.